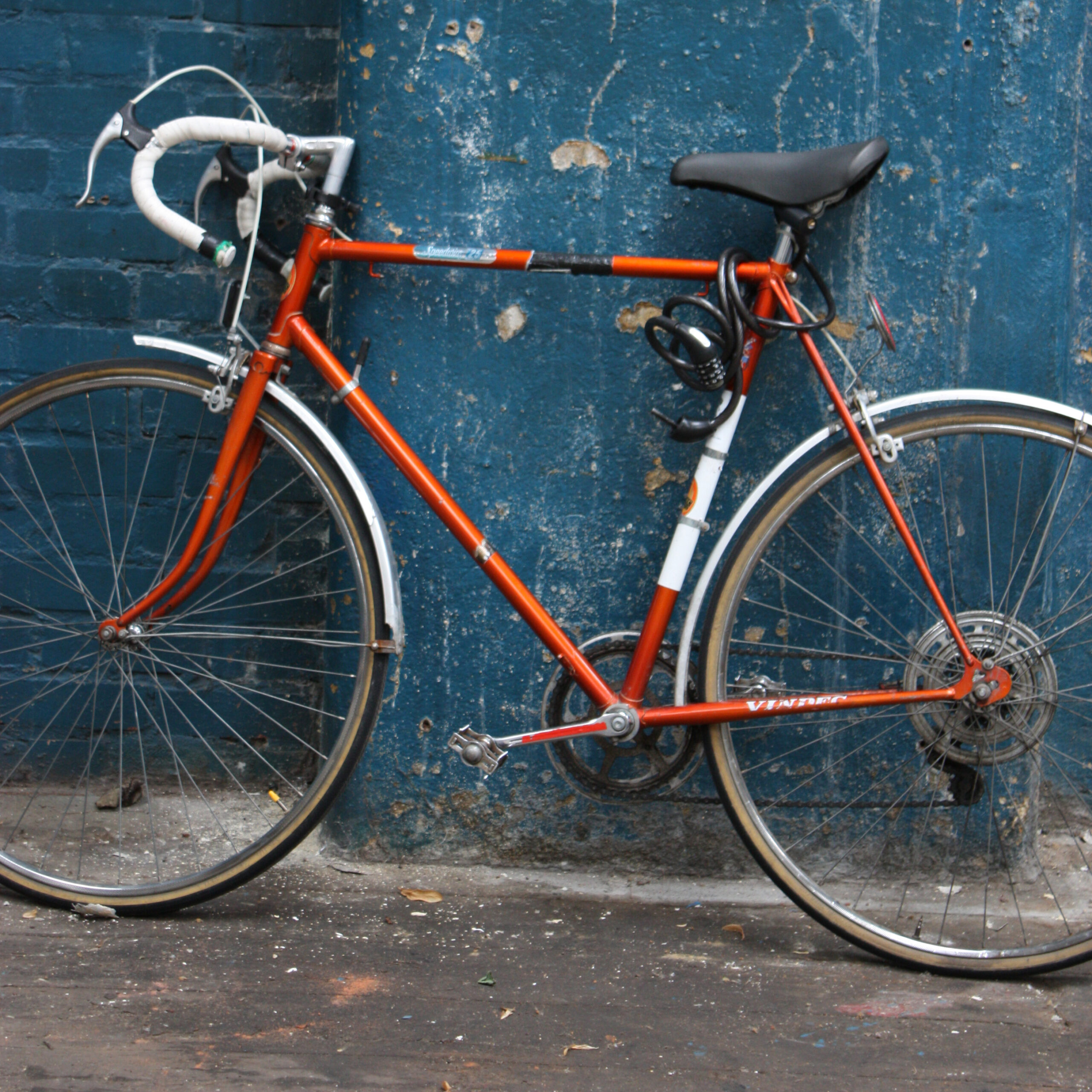 Posted at h in Back in the Day, Bicycles, Bikes, Blast from the Past, Exploration, Recycled Blog Posts by

A post I wrote back in 2011… I had a long term loan of a 6 speed Vindec, whatever happened to that bike? I rode from the hotel near Hyde Park, past Speaker’s Corner, Buckingham Palace, Marble Arch, out through Elephant and Castle via what is deemed to be one of the most dangerous roundabouts in the country, to Peckham. I made it there at least half an hour before my colleague who used public transport and a taxi.

And it goes… “Last summer, on a work visit to London for a photoshoot, I decided to take the Vindec. Long sick of the Underground, I wanted to be up there, in about it, navigating unfamiliar roads using a mixture of map and error. I’ve always found the best way to get to know a place is to get lost in it.

Taking on the city; traversing the giant bridges across the Thames; seeing familiar sights in an unfamiliar context was as exciting as any country route or mountain trail. Every red traffic light became like the beginning of a stage of The Tour, with commute-racers lining up, checking the competition without looking, jostling for position. From the deck chairs in Hyde Park; to a pre-opening peaceful Covent Garden; to the hectic commuter-city that is Euston Station; the contrasts and contradictions available to the open-eyed observer are fantastic.

When the sun is on your back the city is a much more appealing place.”

The memory of that journey will stick with me forever. It is also the only time, to date, that I have ever taken the sleeper to London. I want to do London like that again soon, with a bike. Maybe the Flying Scot. Who knows?